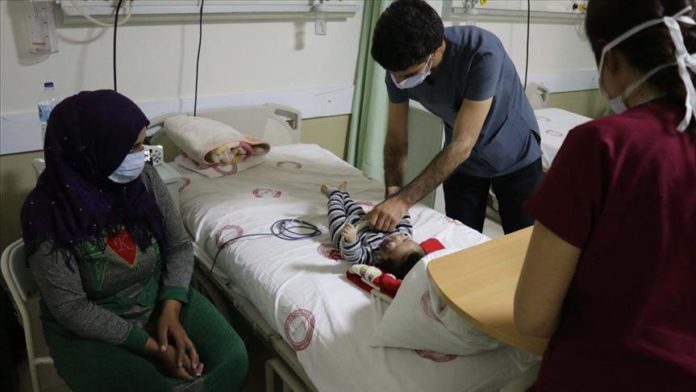 Born in a camp for displaced people in Syria, the baby could have faced vision impairment due to the disease.

The parents contacted Turkish officials in the hopes of getting their child treated in Turkey.

They were subsequently brought to Turkey, where the baby was diagnosed with a tumor near the eye and an excess of fluid in the brain.

Turkish pediatrician Hasan Mujdeci, who diagnosed the baby’s tumor, said: “Our neurosurgeon and ophthalmologist examined the patient. More tests were conducted. Further investigations are required. The patient will be treated with a joint operation of several branch doctors,” he said.

Vefa Rammud, the baby’s mother, said the family was very happy and hopeful to be in Turkey.

“I hope my child will recover as soon as possible. I’d like to thank Turkey for helping us,” she said.