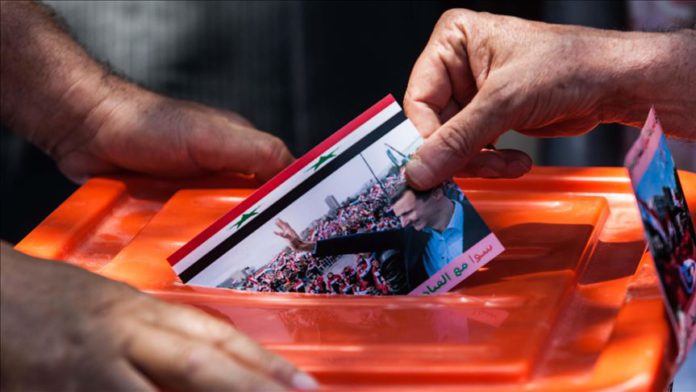 Writing in a blog post on the Atlantic Council’s website, Jomana Qaddour and Danny al-Baaj argued “there is little way to stabilize Syria so long as” Bashar al-Assad remains in power, accusing his “security state” of continuing “to terrorize Syrians inside the country and refugees attempting to return home.”

“This terror directly contributes to the ongoing brain drain, exacerbating Syria’s current economic downturn,” they wrote. “The regime applies laws capriciously and arbitrarily at the expense of stability, including the use of zoning laws to confiscate dissidents’ property or to re-imprison ‘reconciled’ former fighters. The grievances these actions are causing have the potential to reignite the country’s internecine violence.”

The Syrian regime held parliamentary elections July 19. The opposition did not participate in the polls and regards them as a sham.

More than half of Syria’s pre-war population of roughly 22 million people did not participate as they were either displaced or killed during the nearly 10-year conflict.

While the regime and Russia have been “reluctantly” participating UN-mediated talks on a new Syrian constitution that are intended to precede new UN-sponsored elections “they have simultaneously signaled that progress on the committee’s work will have no bearing on the 2021 Syrian presidential elections, with a new constitution only to go into effect after the elections,” Qaddour and al-Baaj wrote.

Study predicts US virus death toll to triple by 2021