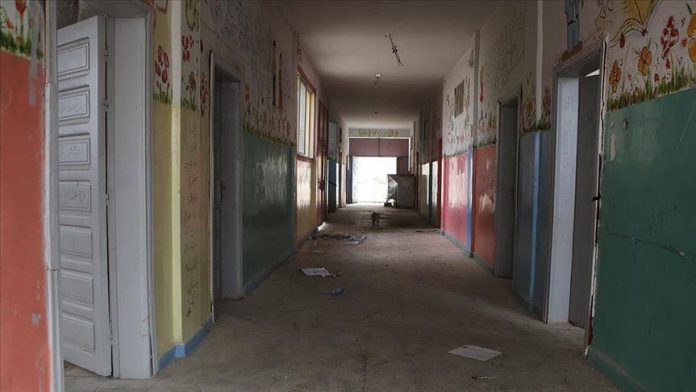 YPG/PKK terrorists shut down schools to turn them into military bases in the Syrian district of Tal Abyad.

Vail Hamdo, head of local council, told Anadolu Agency that the terror group closed schools to recruit the young people in Tal Abyad, Raqqa, which was cleared from terrorist by Turkey’s anti-terror operation in northern Syria.

A video footage showed that schools which were closed by the YPG/PKK to be used as military headquarters and the terror group dug many tunnels under the schools to reach Turkish border.

“They abolished education in Tal Abyad to deprive young people of