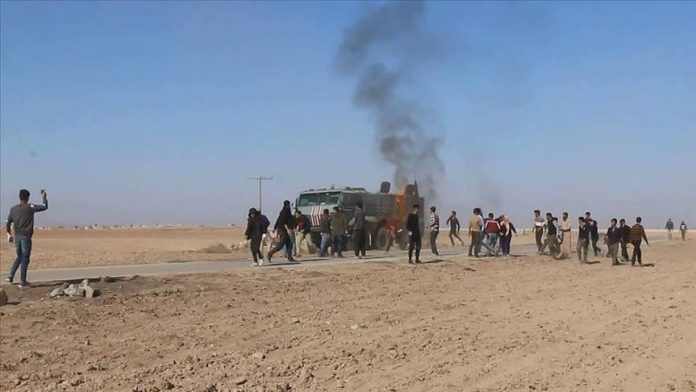 YPG/PKK terrorists tried to block armored vehicles with concrete blocks, pelting them with Molotov cocktails and stones as Anadolu Agency filmed the joint ground patrols conducted under a deal reached between Ankara and Moscow last month.

One of Russian vehicles was also targeted by Molotov cocktails, temporarily stopping before continuing on the patrol route.

The terrorists, who were disguised in civilian clothing, tried to disrupt the joint patrols moving through the area.