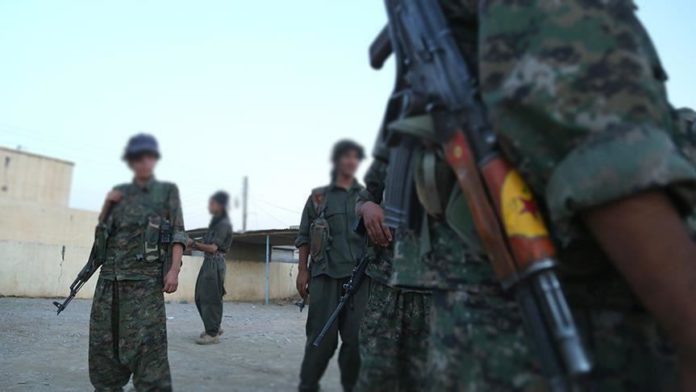 The YPG/PKK terrorist group, which controls oil fields in Syria with US support, continues to sell oil to the Bashar al-Assad regime despite Washington’s sanctions against the regime, according to sources on Friday.

Field sources told Anadolu Agency that the terror organization is selling an average of 500 tank trucks of oil per day to regime-controlled areas, translating to roughly 15,000 tank trucks last month.

Anadolu Agency correspondents obtained footage of the tank trucks belonging to Hussam Katerji, who is responsible for the regime’s trade with the terrorist group. He is also on the US sanctions list and is the leader of a regime-affiliated militia, as well as a member of parliament.

The trucks transporting oil from the Rumailan area in Al-Hasakah province were spotted as they passed through three areas occupied by the YPG/PKK, namely Tal Tamr, Ain Issa, and Raqqa.

The footage shows Russian armored vehicles escorting the trucks carrying oil from the areas controlled by the terror group to the regime.

The US Caesar Act for the protection of civilians in Syria, which came into effect on June 17, imposes sanctions on individuals and entities that assist the regime in developing domestic oil production and engage in commercial relations with it.

In its more than 30-year terror campaign against Turkey, the PKK — listed as a terrorist organization by Turkey, the US, and EU — has been responsible for the deaths of 40,000 people, including women, children, and infants. The YPG is its Syrian offshoot.

Italy, Spain to gradually return to normal after virus