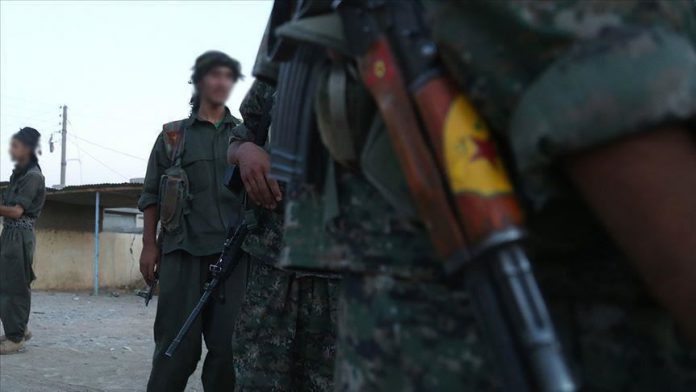 A Syrian civilian sent to the northern town of Tal Abyad in a vehicle laden with explosives by YPG/PKK terrorist organization tipped off the Syrian National Army (SNA), preventing a potentially deadly attack.

After seeking asylum with the SNA, the Syrian national, who will be referred to by the initials F.U. reported the YPG/PKK’s attempted attack on April 14.

F.U. told Anadolu Agency that the terrorist group had abducted him on April 12 in the central Syrian province of Raqqa and took him to the northern Ayn Issa district, currently occupied by YPG/PKK terrorists.

“After being held up and beaten for approximately one to two hours, they brought me to someone with a higher ranking. He was singing Kurdish songs. Through an interpreter, he asked if I was afraid of death,” F.U. said.

“They told me: ‘We have one of our friends’ vehicles here which needs to be taken back there [Tal Abyad]. He cannot come to bring back his car, if you do it we will give you money,'” F.U. recounted, adding that they promised 2 million Syrian pounds ($3,870).

The terrorists threatened F.U. that they would kill his children if he did not obey their orders, promising free movement in occupied areas if he was successful.

Afraid for his and family’s life, F.U. was given a vehicle, a mobile phone and was instructed to call a certain number when he entered the first control point in Tal Bayad’s Saluq district.

As soon as he reached the SNA-controlled Operation Peace Shield region, F.U. ran to a control point where Turkish soldiers and SNA forces were stationed.

“Once I left Ayn Issa, I became suspicious of the vehicle given to me. I didn’t know there was a bomb, but I knew there was something suspicious going on when they blindfolded me when getting in the vehicle. I didn’t call the number they gave me when I entered the region. I ran almost a kilometer (0.6 miles) to surrender to the Turkish and SNA soldiers,” he added.

The YPG/PKK continues its attempts to infiltrate areas in northern Syria, frequently targeting Tal Abyad from the occupied Raqqa district.

Since 2016, in league with the SNA, Turkey has led a trio of successful operations across its border into northern Syria to prevent the formation of a terror corridor, enable peaceful settlement by locals, and protect civilians from attacks: Euphrates Shield (2016), Olive Branch (2018), and Peace Spring (2019).

In its more than 30-year terror campaign against Turkey, the PKK — listed as a terrorist organization by Turkey, the U.S. and EU — has been responsible for the deaths of 40,000 people, including women, children and infants. The YPG is the PKK’s Syrian offshoot.