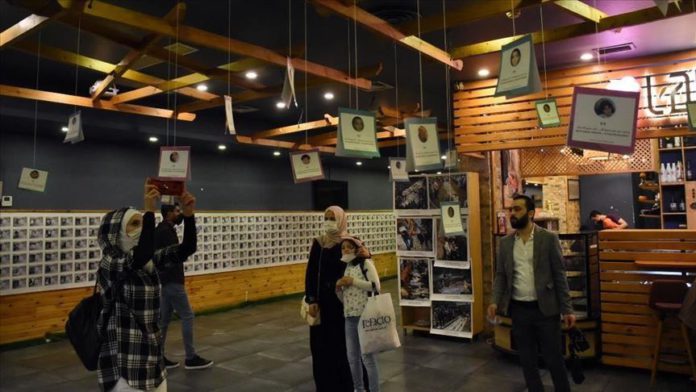 Syrian activist Tamer Turkmane opened a photo exhibit with the names and pictures of children who were killed in attacks by the Bashar al-Assad regime.

The exhibition also presents statistics of 393 massacres committed by the Assad regime during the same two years.

Turkmane said he has been working since 2014 to open the exhibition.

“I had very emotional moments while progressing with the exhibition,” he said in opening remarks. “As a father, I felt the children in the photograph as my own. I can say that I experienced the same pain as the families of the children.”

Turkmane emphasized he previously opened the exhibition in many countries. “I have received very emotional reactions from other societies. I also ask my Turkish brothers to come and visit this exhibition. I want them to see what Syrians are going through,” he said.

He added that the purpose of the exhibitions is to provide assistance, through charities, to the families of children who lost their lives.