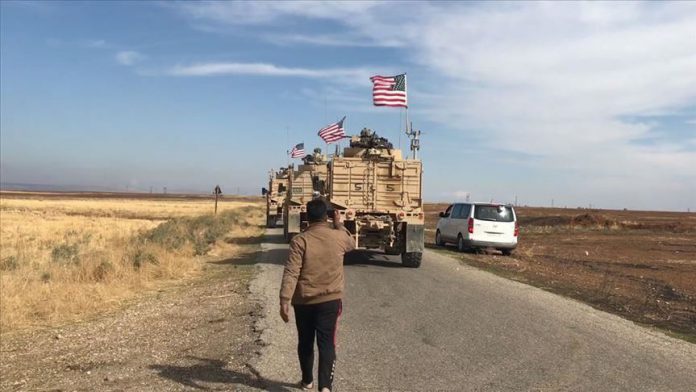 Despite international deals Turkey reached with the U.S. and Russia for the withdrawal of the terror group YPG/PKK from northeastern Syria, the U.S. is continuing joint patrols of oil fields with YPG/PKK terrorists in the country’s far northeast.

The terrorists — part of the terror group’s so-called special forces called HAT — are also providing security for the U.S. forces.

The U.S. soldiers, who beefed up their presence around oil wells in recent weeks, were also seen meeting with representatives of the terrorist group.

The U.S. has long partnered with YPG terrorists, ostensibly to fight Daesh/ISIS, ignoring evidence supplied by Turkey that the YPG is in fact part of the terrorist PKK, which the U.S. does recognize as a terror group.