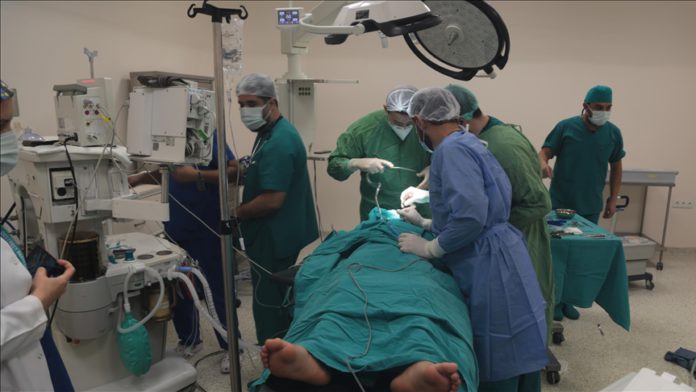 Within two days, Turkish doctors performed surgeries on 40 patients, including 21 children, at Al-Ra’i (Coban Bey) Hospital built by Turkey and located within the Operation Euphrates Shield area in northern Syria.

The surgical operations were performed by a group of Turkish doctors sent to Syria as part of a program organized by the Turkish Health Ministry.

The program aims at reducing referrals of patients from Syria to Turkey and training Syrian medical personnel.

The Syrian medical staff, for their part, thanked the Turkish doctors for “their efforts.”

The hospital, built by Turkey in an anti-terror operation area in northern Syria, has a capacity of 18 beds for the intensive care unit (ICU), five for children, 18 for newborns, six in the burns unit, and eight operating rooms.

In 2016, Turkey has launched Operation Euphrates Shield, an anti-terror operation across its border in northern Syria, to prevent the formation of a terror corridor and enable the peaceful settlement of Syrian residents.

* Mohammed Ragawy contributed to this report from Istanbul.