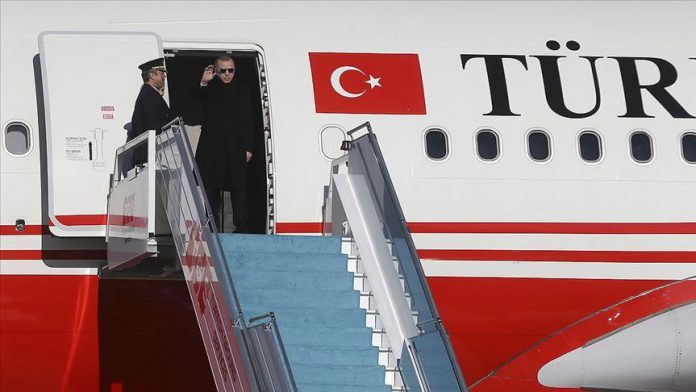 President Recep Tayyip Erdogan’s Russia visit has kicked off as he departed from capital Ankara to Moscow Thursday morning.

He is accompanied by Foreign Minister Mevlut Cavusolglu and Defense Minister Hulusi Akar, among other high profile government representatives.

The president will meet his Russian counterpart Vladimir Putin on his day-long visit.

The two leaders are set to discuss the recent developments in Syria, including cease-fire violations in the Idlib de-escalation zone, a stronghold of opposition forces in the war-torn country since 2011.