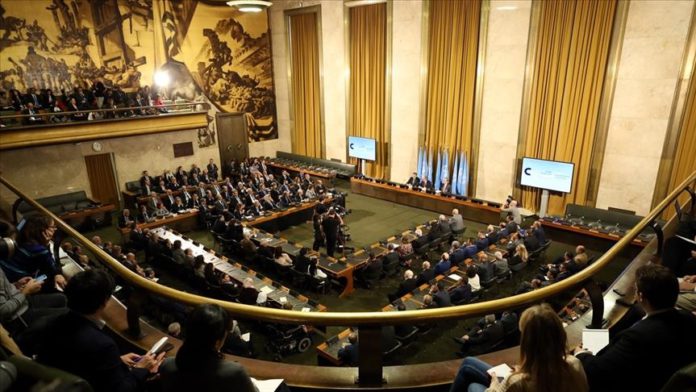 Five current and former EU members of the UN Security Council said Tuesday they regret that no progress has been made to draft constitutional reform in Syria despite several meetings.

In a joint statement after a Security Council briefing, Estonia, France, Ireland and former members Belgium and Germany blamed the Bashar al-Assad regime for obstructing the process and refusing to engage constructively on the proposals of UN Special Envoy Geir Pedersen and the Syrian opposition.

Earlier in the day, the council was briefed by Pedersen on the political situation in the war-torn country and the latest round of the Constitutional Committee that took place at the end of January in Geneva.

“Unfortunately, despite five rounds of discussions over the past year and a half, we regret that no substantial progress has been made at these meetings towards the drafting of a constitutional reform in line with Security Council Resolution 2254,” they said in the statement.

They said the Syrian regime has not even allowed for an agreement on effective working methods and setting an agenda to organize the committee’s work in a meaningful way.

“There is no scheduled date for a next meeting. As noted by the Special Envoy – it cannot continue like this,” said the EU members. “The Syrian regime must genuinely engage in a credible political process.”

The EU and its member states are determined to continue their support to the Syrian people, said the statement, repeating a warning that “there will be no funding of reconstruction unless a comprehensive, genuine and inclusive political transition in line with Security Council Resolution 2254 is firmly underway.”