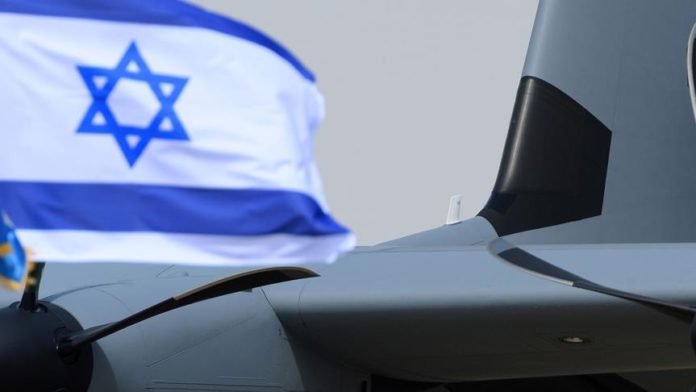 The Israeli army said Wednesday it struck military targets in Syria in response to a missile attack.

A military statement said sirens sounded in the city of Umm al-Fahm in central Israel after an anti-aircraft missile was launched from Syria towards Israel.

The missile exploded mid-air without any interception, the statement said.

“In response to the anti-aircraft missile from Syria earlier tonight we just struck surface-to-air missile targets in Syria, including radar & anti-aircraft batteries,” the army said.

The agency said, citing a military source, that one soldier was killed and five others injured in the attack, in addition to material damage.

Last month, Israeli warplanes carried out a missile attack in the vicinity of Damascus, according to Syrian media.

Usually, Israel does not comment on such attacks. But its leaders often make statements confirming that they are working to “reduce” the Iranian presence in Syria.