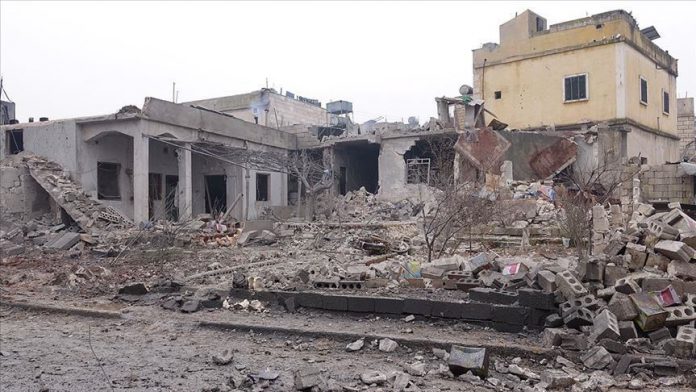 The victims included nine members of a single family, six of whom were children, in Kafr Taal, eight in Kafr Nuran, two each in Jidarya and Kafr Nahaada, one each in Erhab and Tamanin in the western country side of Aleppo province, according to White Helmets.

Another child was killed in Aleppo’s Takad village while two other civilians were killed in Idlib’s Bara village.