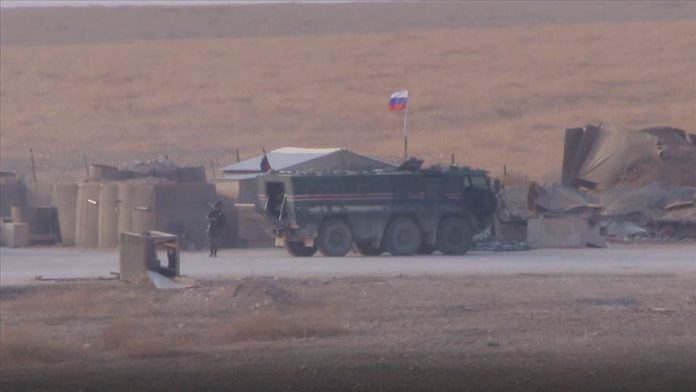 Russia, supporting Assad regime in Syria, settled in two bases in Ayn al-Arab previously emptied by the U.S. soldiers, according to local sources.

Russia deployed in Sarrin and Sabit bases, located in the northern district of Ayn al-Arab, also known as Kobani, east of the Euphrates River.

The bases were previously evacuated by the U.S. during Operation Peace Spring, Turkey’s anti-terror offensive in northern Syria, according to the information Anadolu Agency obtained from local sources.