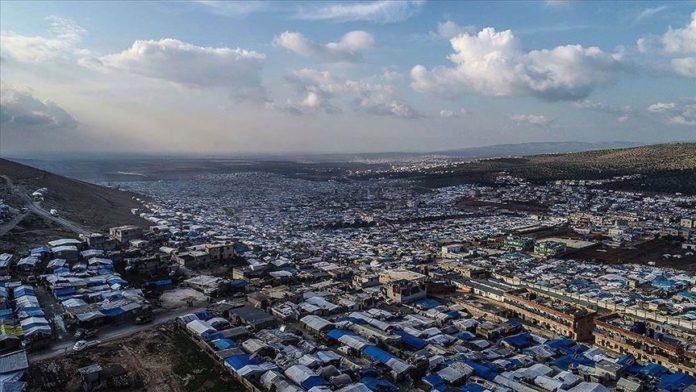 At least two civilians were killed in seven fire outbreaks in the last three weeks in the tent camps at the Turkey-Syria border zone, according to a local official on Sunday.

Mohammad Hallaj, the director of Syria’s Response Coordination Group, told Anadolu Agency that the gas cylinders cause the fires and close proximity of the tents lead its quick spread.

In the village of Deir Hassan, some 20 tents were totally burned and caused material damage on Saturday evening, Hallaj said.

“The fire was extinguished by the asylum seekers’ efforts and with the support civil defense (White Helmets) in the region,” he said, adding that nobody was affected by the flares.

Turkey and Russia agreed in September 2018 to turn Idlib into a de-escalation zone in which acts of aggression are expressly prohibited.

Since then, more than 1,300 civilians have been killed in attacks by the regime and Russian forces in the de-escalation zone as the cease-fire continues to be violated.

Over a million Syrians have moved near the Turkish border due to the intense attacks.