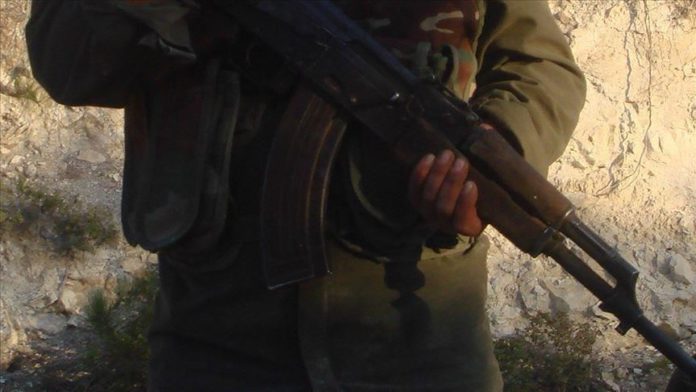 The PKK/YPG terrorist organization has been trying to forcibly recruit children who lost their parents in the Syrian civil war, Turkish security sources told Anadolu Agency on Monday.

Having suffered severe blows in recent years, the PKK/YPG has established teams to seek out and brainwash such children and teenagers, threatening them to join the terrorists’ ranks if they did not cooperate.

According to reports by security forces, these teams have pursued Syrian orphans between the ages of 10 and 15 and kidnapped them to terror camps to indoctrinate them with their ideology and train them for armed combat after turning 16.

The terror group has prevented such children from seeing their families, torturing and imprisoning those that insist on doing so.

Several members of the terror group who surrendered to security forces earlier this year have confirmed these reports, confessing to judicial authorities how children were forcibly recruited.

In their testimonies, terrorists have said that at least 30-50 children were indoctrinated in four locations: Gare in Iraq and Derik, al-Hasakah and Qamishli in Syria.

In its 2020 Trafficking in Persons Report published on June 26, the US Department of State also said the terrorist organization had forced children to fight.

The report said the PKK/YPG “continued to recruit, train, and use boys and girls as young as 12 years old,” adding that since 2017, international observers have reported that the terrorists “recruit — at times by force — children from displacement camps in northeast Syria.”

The UN Human Rights Council published new findings in a report on Jan. 16 that PKK/YPG terrorists were using child soldiers in Syria.

Virginia Gamba, the UN secretary-general’s special representative on children in armed conflicts, met with a PKK/YPG terrorist in June 2019 in Geneva and signed a deal to end the recruitment of child soldiers, another proof of the terror group’s war crimes and crimes against humanity.

In its more than 30-year terror campaign against Turkey, the PKK — listed as a terrorist organization by Turkey, the US and EU — has been responsible for the deaths of 40,000 people, including women, children, and infants. The YPG is its Syrian offshoot.