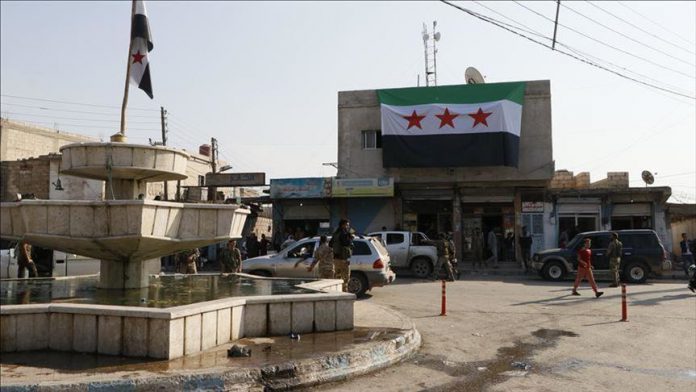 A council was established Thursday in Syria’s northern district of Ras al-Ayn which Turkey recently cleared of YPG/PKK terrorists during its Operation Peace Spring.

Abdurrahman Mustafa, who was also elected head of Syria’s interim government, said the 25-member council represents all ethnic and religious groups in the area.

He thanked Turkey after a ceremony for cleaning the area from terrorists and said the terror group’s plans were destroyed.

“The same happened in Ras al-Ayn, just as we were supported in the Euphrates Shield and the Olive Branch Operations against ISIS and the PKK terrorist organization and we

Indian farmers protest near parliament to demand repeal of laws