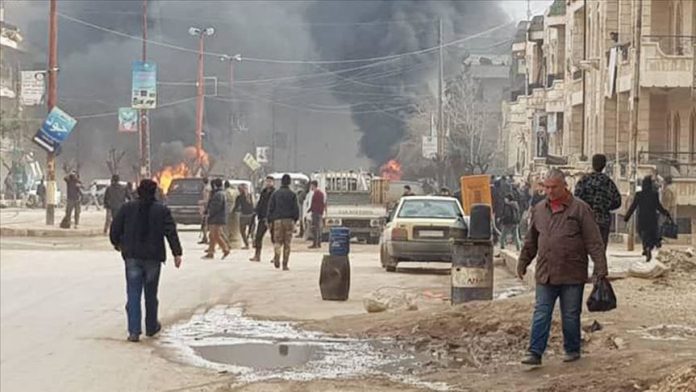 At least eight civilians were killed and 14 others, including two children, were injured on Thursday in a car bomb attack in Syria’s northwestern city of Afrin.

An explosive-laden vehicle detonated in a grocery market at Afrin city center, and the explosion also caused material damage.

In its more than 30-year terror campaign against Turkey, the PKK — listed as a terrorist organization by Turkey, the U.S. and the EU — has been responsible for the deaths of 40,000 people, including women, children and infants. The terrorist YPG is the PKK’s Syrian branch.