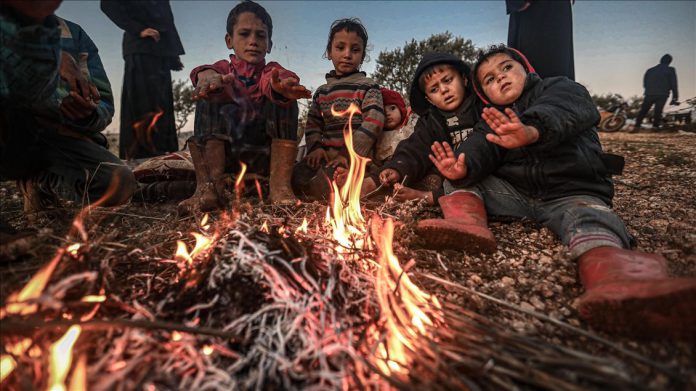 Some 47,000 civilians fled Idlib, a de-escalation zone in northwestern Syria, over the last three days, a Syrian NGO said on Saturday.

According to Anadolu Agency correspondent on the ground, the Assad regime and its allies halted their airstrikes on Idlib.

However, the civilians continue to flee the region for areas close to the Turkey-Syria border, Mohammad Hallaj, director of Syria’s Response Coordination Group told Anadolu Agency.

He said if the attacks resume, a new migration flow from the Jebel ez-Zawiyah region in southern Idlib is feared to emerge, which will raise the number of displaced in the last two months to half a million.

The airstrikes on the region halted following the Moscow visit of a Turkish delegation led by Deputy Foreign Minister Sedat Onal on Dec. 23.

The number of civilians who fled Idlib since November has reached 264,000, according to the Syrian NGO’s figures.