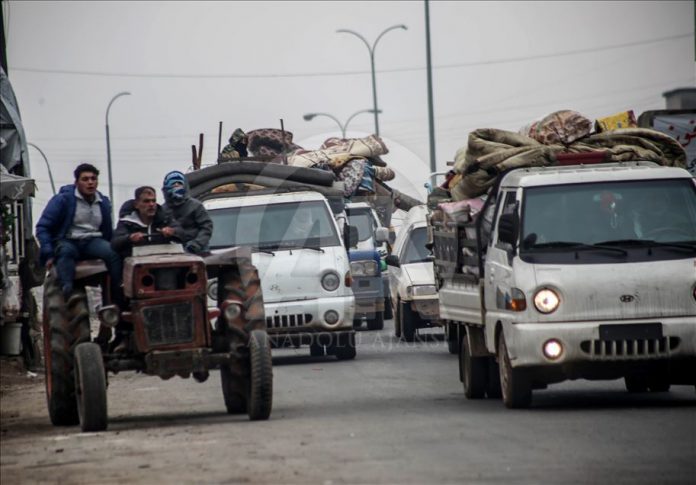 Violating the cease-fire agreement between Turkey and Russia, the intense attack of Syrian regime, Russia and Iran backed-groups in Idlib have forced no few than 215,000 civilians to flee the Syrian region since November.

IDLIB, SYRIA – DECEMBER 24: Syrian families, who have been forced to displace due to the ongoing attacks carried out by Assad regime and Russia, are seen on their way to safer zones with their belongings, on December 24, 2019 in Idlib, Syria. In the last 2 days, 10,000 more civilians fled to safer zones due to the attacks on settlements in