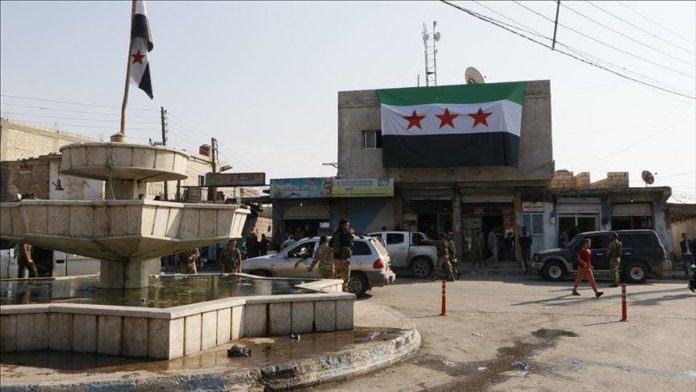 Civil and military units in Syria’s northeastern Ras al-Ayn district, which was liberated from YPG/PKK terrorists in Oct. 2019 as part of Turkey’s Operation Peace Spring, met Thursday to discuss ongoing efforts to ensure stability and development in the region.

During his opening speech, Halil Rzeyko, the leader of Syrian tribe of al-Sharabin, thanked Turkish Armed Forces, Turkish people and the government for their support to the SNA during the operation.

Commander Avad Rahmun said a joint commission consisting of military police and SNA was established to restore the rights of civilians who suffered injustice in the region.