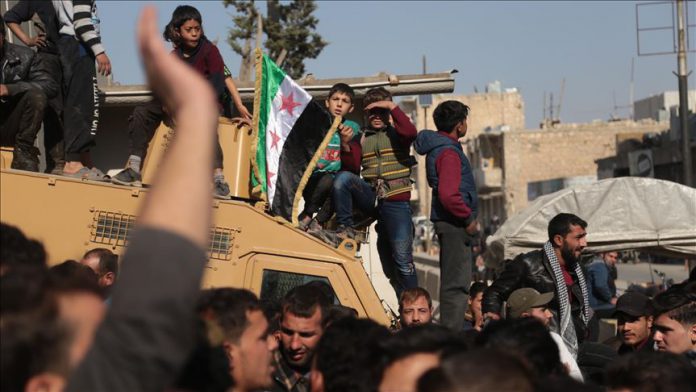 Protesters gathered in front of the police building, and called for bringing those responsible to justice.

The attacks came on Saturday from bomb-laden vehicles in the bus station in the al-Bab town, an area cleared by Turkey of terrorists in 2016, according to sources on the ground.

The explosions also burned a large number of vehicles and damaged nearby buildings.