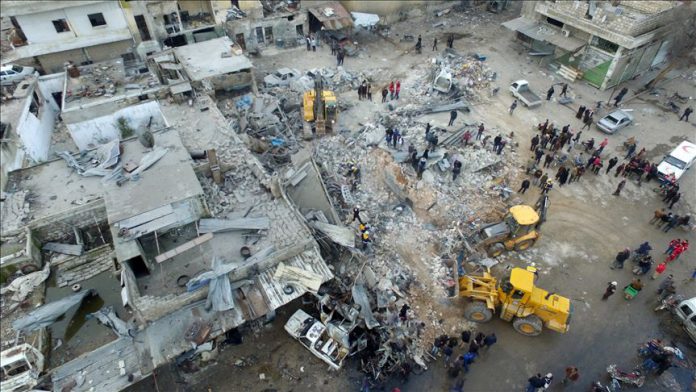 More and more civilians are losing their lives or getting displaced in Syria’s northwestern province of Idlib as the regime, Iran-backed groups and Russia intensify airstrikes.

A total of 313 civilians, including 100 children, were killed, 1,843 others injured and 382,466 Syrians were forced to flee their homes since November 2019, according to data provided by the Coordinators of Interventions in Syria, a local rights group.