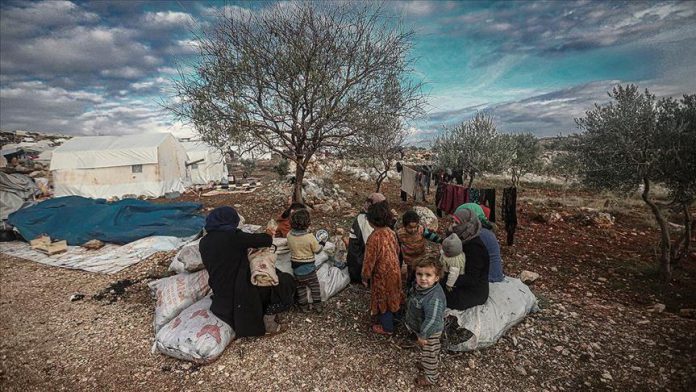 Around 27,000 civilians have fled their homes falling inside the Idlib de-escalation zone in Syria over the last three days due to attacks of regime and its allies.

The attacks of Bashar al-Assad regime, Russia and Iran-backed terrorist groups in residential areas east and south of Aleppo province continue to displace thousands of Syrians.

According to Syria’s Response Coordination Group, the displaced civilians headed to areas near the Turkish border due to the attacks which violate the cease-fire agreement between Turkey and Russia.

Mohammad Hallaj, the director of the group, told Anadolu Agency that the civilians left their