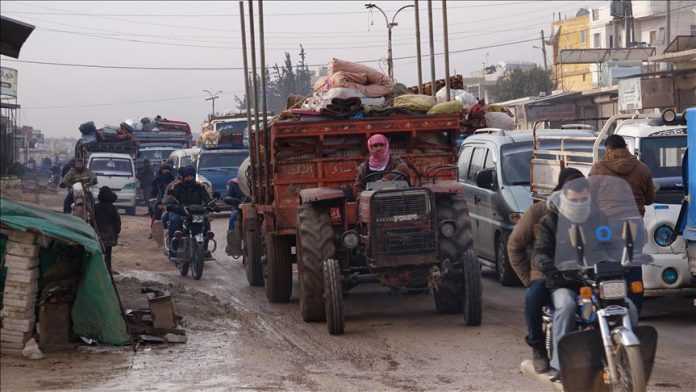 The intense attacks of Assad regime and its allies forced some 21,000 civilians to flee their homes in Idilb, a de-escalation zone in northwestern Syria, over the last 24 hours, according to sources on the ground.

The attacks by the Assad army, composed of regime forces and Iranian-backed terror groups, and Russian strikes stand as the main reasons behind the forced migration.