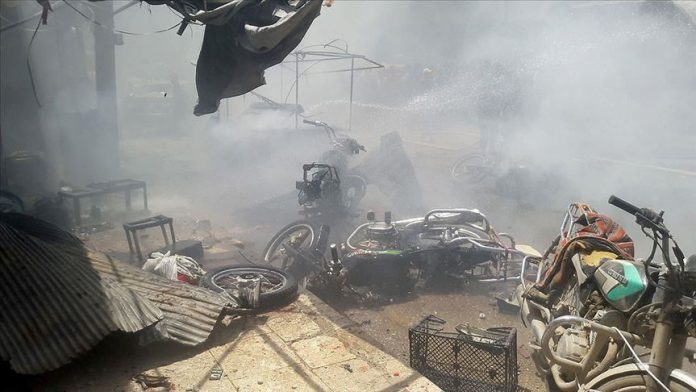 At least two were killed and four injured on Friday in a car bomb attack in the Syrian town of Cobanbey near Turkish border.

The explosion took place in front of a police department building in Cobanbey, the northern Aleppo province, which was liberated from terrorists during Turkey’s Operation Euphrates Shield in 2016.