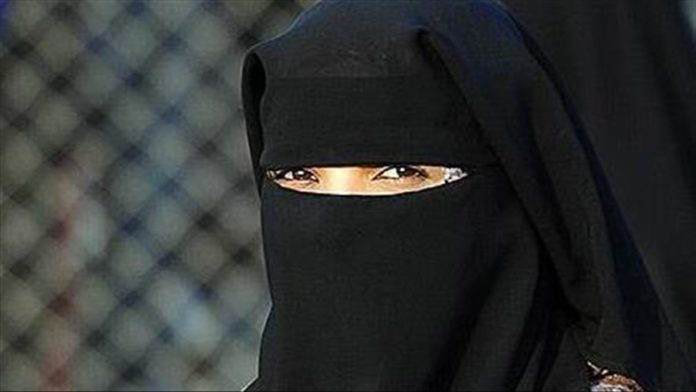 The Swiss voted Sunday narrowly in favor of banning face coverings in public, including the burka or niqab worn by Muslim women, following a controversial referendum.

The national referendum dubbed the “burka ban,” launched in 2016 by a right-leaning initiative committee, was accepted by 51.2% of those who cast ballots with a participation of 51.4% of voters.

Sunday’s referendum was put forward by a group associated with the right-wing Swiss People’s Party, which campaigned with slogans such as “Stop extremism” and in some areas with posters of Muslim women in veils.

“It’s a defeat for the government and majority of parliament, who opposed the ban on the grounds that it was unnecessary – both because of the low number of niqab-wearers in the country and because the cantons can legislate on such issues themselves,” Swissinfo, the website of the national broadcaster, commented.

The Islamic Central Council of Switzerland (ICCS) called the result a “big disappointment for all Muslims born in Switzerland and who grew up here.”

Farah Ulucay, the secretary-general of the ICCS, said the vote “has succeeded in anchoring the widespread Islamophobia in Switzerland in the constitution.”

The government argued against the ban, saying it was not up to the state to dictate what women wear, but the vote pushes the ban into the constitution.

About 5% of Switzerland’s 8.6 million people are Muslim, most of them originating from Turkey, Bosnia, and Kosovo.

Research by the University of Lucerne, before the vote, found that almost no-one in Switzerland wears a burka, and only around 30 to 150 women wear the niqab.

Some commentators noted that the most common wearers of the burka and niqab are tourist women who visit from Gulf states in summer.

The Swiss section of Amnesty International denounced the new initiative “which discriminates against a particular religious community,” and said it unnecessarily fuels division and fears.

The vote was complicated by some feminists and also some Muslims saying they were voting for the ban.

Opponents had attacked the facial covering as an example of anti-Islamic “symbol politics,” which did not aim at any real problem.

Walter Wobmann of the Swiss People’s Party, who backed the ban, said on Sunday that it indeed was a “symbol” – but a symbol for anti-democratic Islamist values, which he said have no place in Switzerland.