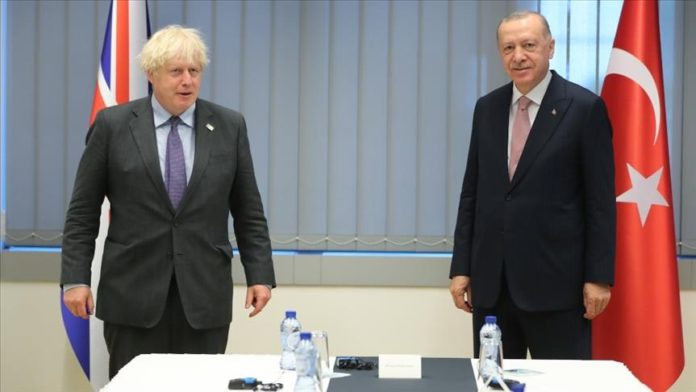 Sweden and Finland’s ties with individuals and so-called organizations that operate under the control of the YPG/PKK terror group constitute the “main problem” in their NATO membership bids, the Turkish president told British prime minister on Friday.

In a phone call, Recep Tayyip Erdogan and Boris Johnson discussed bilateral relations, as well as regional developments, including Sweden and Finland’s NATO bids and the ongoing Ukraine-Russia war, according to a statement from the Turkish Presidential Communications Directorate.

Erdogan stressed that the Turkish government wants to make sure that Finland and Sweden uphold NATO values and take into account Turkiye’s legitimate concerns.

He said that the justified reaction of the Turkish public against the NATO membership request of countries that support terrorism should not be ignored.

Sweden and Finland formally applied to join NATO on Wednesday – a decision spurred by Russia’s war on Ukraine, which began in February. But Turkiye, a longstanding member of the alliance, has voiced objections to the membership bids, criticizing the countries for tolerating and even supporting terrorist groups.

In its more than 35-year terror campaign against Turkiye, the PKK – listed as a terrorist organization by Turkiye, the US, and the EU – has been responsible for the deaths of over 40,000 people. The YPG is the PKK’s Syrian offshoot.