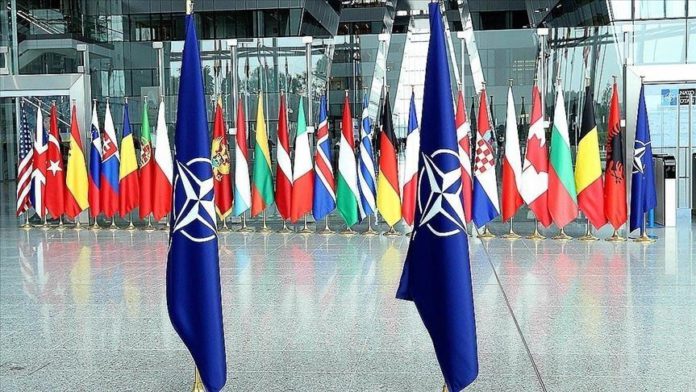 Leo Ensel, a conflict researcher focusing on the post-Soviet space, said Sweden and Finland’s interest in NATO accession is understandable, following Russia’s military attack on Ukraine, but also warned that their potential membership could create bigger problems for Europe.

“You have to imagine that, yes, Russia will then get a new border with NATO, which will be about 1,300 kilometers (810 miles) long. And, Russia will certainly perceive that as a threat,” he said in an exclusive interview with Anadolu Agency.

Ensel pointed out that Russia wanted to keep NATO at a distance with the war on Ukraine. Now, the exact opposite is occurring.

“That will not make the situation safer overall in Europe in any way, but quite the opposite. In Russia, this will be perceived as part of the escalation and Russia will react accordingly. That means, the situation for all of Europe will become even more dramatic.”

As the only way out of the current spiral of escalation, Ensel suggested a new pan-European security conference.

“We urgently need — and this has already been suggested several times, at the very latest for the post-war period, in relation to the Ukraine war, a new European security conference in the tradition of Helsinki in 1975,” he said.

European countries and Russia should negotiate new binding agreements based on the principle of “common security” within a period of two to three years, suggested Ensel.

The alternative could only be a new Cold War under highly unstable geopolitical conditions, or worse, he warned.

Bernd Biedermann, a retired colonel in the German Army, also warned that Sweden and Finland’s NATO membership bids were “dangerous” steps, and would not contribute to Europe’s security.

“It’s very difficult for me to understand why Swedish and Finnish governments now, even now, will give up this principle of neutrality,” he said, arguing that this was not in the interest of these nations, and came amid US influence on the ruling elites.

Biedermann said if Sweden and Finland finally joined NATO, this would be a strategic and policy game-changer, with the two countries having to make new commitments.

“If Finland and Sweden (become) a member of NATO, they will not only have opportunities, but they (will be) forced to follow the NATO policies in all kinds,” he said.

Biedermann also expressed concern over a wider conflict with Russia and said this would be very dangerous for Europe.