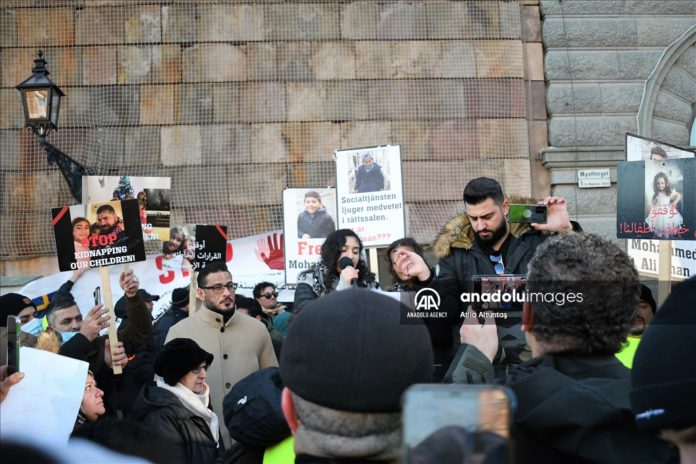 Sweden has denied claims of mistreatment and abuse of Muslim children by the country’s social services.

“A very aggressive rumour campaign is currently under way on various social media – both in Sweden and abroad – alleging that Swedish social services kidnap, imprison and sexually exploit Muslim children. This information is, of course, seriously misleading and the sole aim is to create tensions and spread mistrust,” the Swedish Consulate General in Istanbul, Turkiye said in a statement on Thursday.

Saying that the country’s social services employ social workers with special knowledge of children’s needs, the statement added: “In practice, this may involve supporting families in which one of the parents struggles with mental health issue or substance abuse. Social services must also protect children and parents who are subjected to violence or abuse.”

In front of the parliament in the capital Stockholm on Monday, Muslim families whose children were taken away from them by social services protested what they called mistreatment and abuse, demanding that the government take action.

They held banners saying, “Give us our children back,” “Our kids were taken away from us, we were subjected to injustice,” and “We want justice.”

A spokesperson for the group said most of the children went to families unsuited or “not wanted” for the role of parenting.

The Istanbul consulate added: “Swedish social services’ activities are governed primarily by the Social Services Act, which is based on the principle of voluntariness. However, complementary provisions in the Care of Young Persons Act make it possible in certain cases to decide on measures even without consent.”