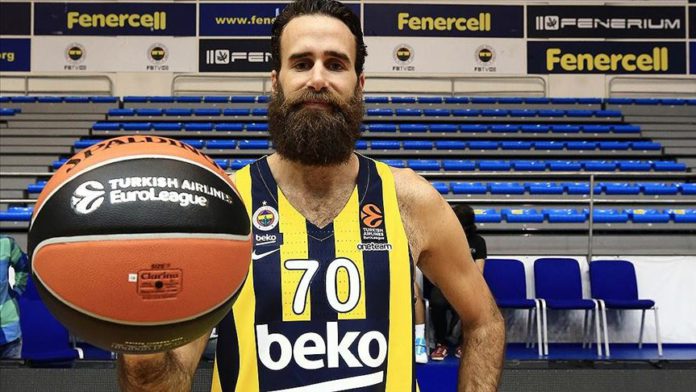 Fenerbahce Beko’s Italian forward Luigi Datome says it was not easy to be successful each season amid the club’s failure to meet expectations this season.

Speaking to Anadolu Agency, Datome said they did not get the good results this season in the Turkish Airlines EuroLeague, a tournament where they reached the championship in 2017 and played in the finals in 2016 and 2018.

He explained that the players did not have the chance to work together as a full team at the beginning of the season due to injuries, but that they increased their performance before the outbreak, winning eight EuroLeague matches in the last 12 games .

“In the last years, we and fans were like in Disney world and the situation was incredibly nice. It wasn’t easy but we were doing well [before the outbreak]. If we kept going with this form, we would qualify for the playoffs and I’m sure that nobody is going to happy to meet us in the playoffs.”

He also said it would not be easy to resume the leagues due to the coronavirus outbreak.

Datome stressed that the whole world was going through difficult times and that it was necessary to ensure the safety of everyone, not just the players.

“The decision will be made by the EuroLeague on May 24. Many things may change until then. I think it won’t be easy to start the leagues again.”

Datome said he had a great relationship with coach Zeljko Obradovic, lamenting that the team disappointed him this season with their poor form.

Before the suspension of the league, Fenerbahce Beko were in eighth place with 13 wins and 15 losses.

Malaysian group urges Biden to end US support to Israel