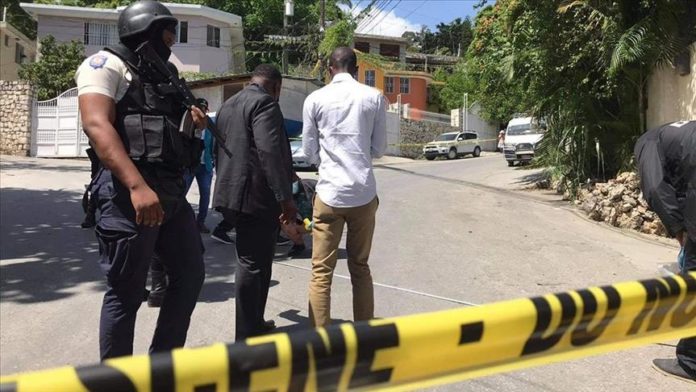 Police probing the assassination of Haiti’s president have nabbed suspects from inside the premises of Taiwan’s Embassy in the Caribbean country.

An embassy statement said Haitian police on Thursday “entered the Embassy to pursue the suspects.”

“The police launched an operation around 4 pm [2000GMT] and successfully arrested 11 suspects. The process went smoothly,” said the embassy.

Taiwan, which China considers a “breakaway province,” has full diplomatic relations with at least 15 countries, including Haiti.

President Jovenel Moise was killed Wednesday in an armed attack at his private residence in the capital Port-au-Prince by a group of gunmen who authorities say spoke Spanish and English.

Haiti’s first lady, Martine Moise, who was wounded in the attack, was taken to a hospital in Miami, Florida, where she is being treated.

“The men had managed to make their way past the security guard station and entered the embassy’s courtyard. Upon discovering the breach, security personnel immediately notified Haitian police,” he added. The embassy premises were closed.

The embassy called the assassination “cruel and barbaric.”

Haitian police had already arrested 17 suspects over the assassination, including two Haitian Americans and 15 Colombians.

The group of men that killed Moise was made up of two Americans and 26 Colombians, the nation’s police chief said Thursday.

Authorities have launched an investigation into how the suspects arrived in the country, but it is possible that they entered through the long border with the Dominican Republic.

The assassination has plunged the country into a leadership crisis. Moise, 53, took office in 2017 after a contested election. After he failed to hold legislative elections, the opposition had demanded he step down.

No Turks among coronavirus victims in Italy: envoy