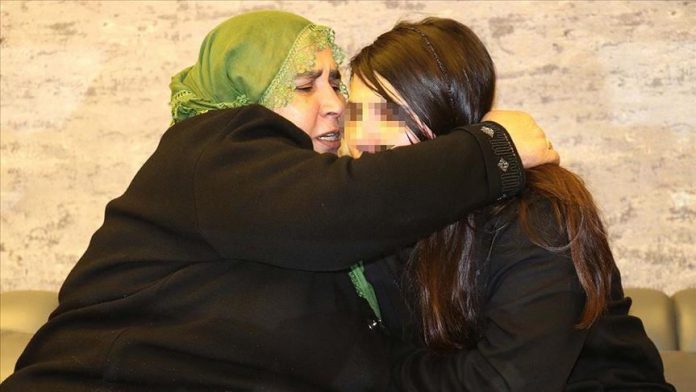 One more YPG/PKK terrorist, who had surrendered to Turkish forces, met her family on Thursday.

Mekiye Kaya was persuaded by Turkish forces to lay down her weapons and surrender in southeastern Diyarbakir province.

Turkey’s Interior Minister Suleyman Soylu called the family to inform them about their daughter’s return.

“I have struggled a lot after my daughter was kidnapped, but now I am very happy,” said her mother Husniye Kaya, who staged a sit-in with many other families in Diyarbakir demanding that the terror group return their children who were either kidnapped or deceived by the YPG/PKK.