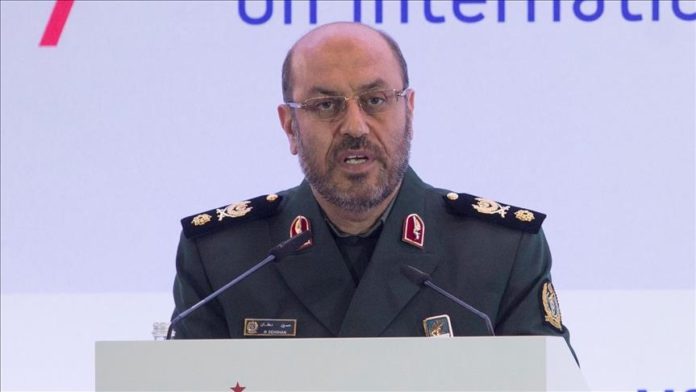 With less than 100 days left till Iran’s presidential elections, some new faces have joined the fray, hoping to spring a surprise. Elections for the top post are scheduled to be held on June 18.

Analysts say that in past years conservatives always struggled to pick a consensus candidate, something which used to help the reformists.

However, this time the tables seem to have turned, with moderates struggling to set their house in order, especially after the setback of last year’s parliamentary elections.

As consensus eludes in both camps to decide about candidates, many familiar and unfamiliar names have joined the fray to invite attention and seek candidacy.

He has consciously sought to distance himself from any of the political affiliations to keep his options open. Soon after announcing his bid, he took to Twitter to assert that he was “not affiliated with any political current” and will “not form an alliance with anyone” and “not step aside in favor of anyone”.

In a televised presentation, he emphasized “national interest” and “revolution”, which indicates that he wants to become a consensus candidate for both reformists and conservatives. He has been also critical of President Hassan Rouhani’s policies, promising to provide a “new environment” and “effective administrative system”.

Rouhani’s reformist government will complete its two terms in June this year, a period marked by major political and economic upheavals, and growing tensions with the West over Iran’s nuclear program.

Another name that has evinced interest in running for the presidency is Mohsen Rezaei, the former chief of Islamic Revolutionary Guard Corps (IRGC) and a formidable political figure in the conservative camp. He has, however, not yet made his bid public officially.

His statements in recent weeks commenting on the country’s economy to other issues indicate that he may be projected as a presidential candidate by the conservative lobby.

Observers believe that his credentials as the former IRGC chief and a close confidante of Khamenei and also his anti-US stance makes him an ideal choice for conservatives.

Currently serving as the secretary of Expediency Council — a powerful administrative body under the direct supervision of Khamenei, Rezaei’s candidature will be determined by the support he receives from the supreme leader and leading conservative figures like Speaker Mohammad Baqer Qalibaf, Judiciary Chief Ebrahim Raeesi, as well as the IRGC.

Ali Larijani, the former speaker, and a veteran political figure is also being tipped to join the presidential race, although he has neither confirmed nor denied the reports so far. He had started his political career in the conservative camp but has recently moved to the reformist camp.

Saeed Jalili, a former national security chief, and top nuclear negotiator is another heavyweight political figure expected to contest the upcoming election on behalf of the conservative lobby.

A close aide to Khamenei, he has not yet made his bid public, but Tehran is rife with speculations that he will join the race in coming days as a consensus candidate within the conservative camp, keeping in view his vast political experience, networking skills, and foreign policy background.

Former Deputy Speaker Ali Motahhiri is also weighing options to enter the race. He had been disqualified in the 2013 presidential election by the country’s top vetting body the Guardian Council.

Son of the famed Iranian jurist Murtaza Motahhiri, he has on many occasions stirred controversy with his comments, especially on Iran’s standoff with the West and relations with regional countries. He recently called for warm ties with Saudi Arabia.

The former parliamentarian has also sought to distance himself from any of the dominant political currents, even though he is seen close to reformists.

The Guardian Council — the constitutionally mandated top vetting body — recently dismissed reports that military figures were unqualified to run for the top political position, boosting the morale of serving and former military officials.

While Dehghan and Rezaei bank heavily on their military background, the one name that has emerged out of the blue, becoming the most talked-about presidential contender is Saeed Mohammad, the former head of IRGC’s construction wing Khatam al-Anbiya.

Like former Iran President Mahmoud Ahmedinejad, who pulled a big upset in 2005, Mohammad has also emerged as a dark horse who could upset the plans of other relatively stronger and more popular contenders.

According to observers, the senior military official who resigned from his job recently to run for the presidency is believed to have got the nod from IRGC and political parties affiliated with the conservatives.

There had also been speculation about his meetings with Mohammad Baqer Qalibaf, a conservative politician and senior members of the Guardian Council, lending credence to reports that he could join the race.

“I have a difficult path ahead, but I will move forward firmly,” he said in a video message published on social media, stopping short of specifying which political faction he was affiliated with.

Analysts believe that in the event of a conservative candidate winning the elections especially someone with a military background, there is a likelihood of intensification of the standoff with the West.

Prominent reformist leaders last month formed a political coalition to unite a single banner. But many reformists have called the body “undemocratic”, signaling that they will stay away from the unity efforts.

Some other reformist leaders have also shown interest in running for the presidency but it remains unclear if the Guardian Council will approve their candidature.

The Guardian Council had disqualified a large number of moderates and reformists during the parliamentary elections last year, which briefly sparked a political controversy. It remains to be seen how the vetting process takes place for forthcoming presidential elections.

Within the reformist camp also, there are subgroups of radicals and pragmatists. Rouhani has always been seen as a pragmatist, who was roped in by the camp in 2013 to contest polls. There have been serious differences between Rouhani and radical reformist politicians to the point that they have regretted backing him for two terms in office, which has further added to their woes.

Conservatives, on the other hand, face a similar struggle with many contenders in the fray. But they remain in the driving seat, as per political observers.