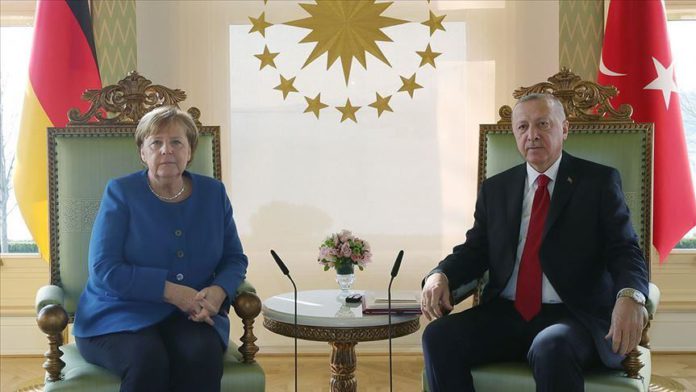 Turkey’s president on Thursday spoke to Germany’s chancellor via video link, criticizing as “unacceptable” some countries’ support for Greece’s selfish and unfair attitude.

During the call with Angela Merkel, Recep Tayyip Erdogan said Greece, the Greek Cypriot administration and other countries that backed the two, were causing deadlock and escalating tensions.

He also welcomed Merkel’s efforts to resolve disputes in the Eastern Mediterranean caused by Greece and its backers.

Besides the Eastern Mediterranean, the two also discussed other regional issues, as well as bilateral relations.

Greece has also recently carried out military drills — including with France — meant to intimidate Turkey into stopping energy exploration, and has illegally armed Aegean islands in violation of longstanding peace treaties.