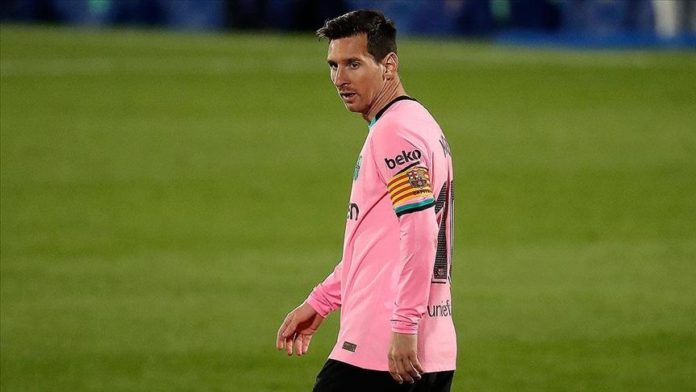 According to the German football data website Transfermarkt, as of Thursday Messi, 34, is currently without a club.

In May, Barcelona Chairman Joan Laporta confirmed that talks on a new deal with team captain Messi were going well, but were not done yet.

Last September, the Argentine forward decided to stay at Barcelona for one more season to conclude his contract, as he had a huge release fee at the time.

La Liga had said Messi would have to pay €700 million ($828.2 million) if he terminated his contract unilaterally with Barcelona last season.

Messi did not fight against Barcelona but stayed there until his contract concluded, which it did Wednesday at midnight.

He is now free to hold talks with clubs such as Paris Saint-Germain and Manchester City, both of which are rumored to have approached him.

Messi has scored 672 goals for Barcelona in 778 matches since 2005, making him the Spanish club’s all-time top goal scorer and the player with the most matches in Barcelona history.

The Argentine skipper also produced 305 assists for Barcelona – the only club he has played with in his professional career.

In 2008, Messi won an Olympic gold medal with Argentina in Beijing.

He is still playing for his native Argentina and has scored 75 goals in 148 international caps for the South American team.