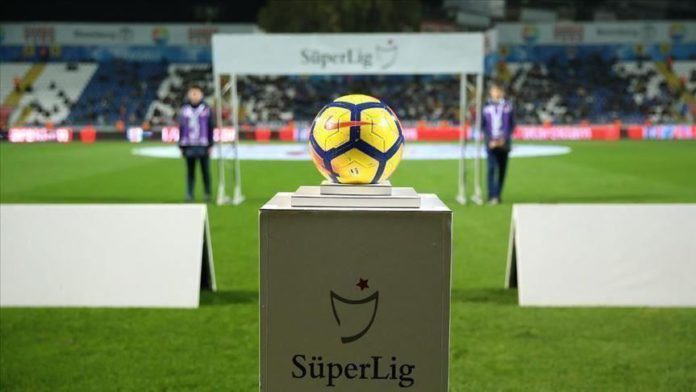 Fans of Super Lig title contenders get excited over transfer news, but those of Fenerbahce have more expectations from their club this season since they made headlines with some notable signings in the summer transfer window to end their title drought since 2014.

Eighteen new players joined Fenerbahce this summer to help them win the league title, making the Istanbul side the most active club during the transfer window.

One of the most remarkable signings for Fenerbahce was undoubtedly Tanzanian forward Mbwana Samatta, who joined from Premier League side Aston Villa for a fee of €6 million ($7 million) with a maximum of €750,000 in bonuses depending on the results.

Samatta enjoyed a good start to the season, scoring two goals on his debut for Fenerbahce.

Argentine star Diego Perotti from Roma was one of the biggest deadline day transfers in the Turkish Super Lig.

Fenerbahce signed a 2+1 year contract with the 32-year-old winger, who scored 32 goals in 138 appearances for the Italian club.

Wolfsburg’s Marcel Tisserand and Mauricio Lemos from Las Palmas were other valuable transfers for Fenerbahce in the summer.

Fenerbahce also bolstered their squad with some free transfers from other Super Lig title contenders.

Trabzonspor’s Filip Novak and Jose Sosa along with Besiktas’ wing-backs Gokhan Gonul and Caner Erkin moved to the Yellow Canaries on free transfers.

Nacer Chadli, a Belgian winger of Moroccan origin, joined Basaksehir from Anderlecht on a two-year contract.

Brazilian right-back Rafael also decided to continue his career in Istanbul for Basaksehir after making appearances for Olympique Lyon and Manchester United.

The Lions’ former midfielder Arda Turan was one of the most hotly-anticipated deals of the summer in Turkey as Turan returned to Galatasaray for a second spell during his club career.

Turan left Galatasaray in 2011 to join Atletico Madrid and won the Spanish League with the club.

Nigerian midfielder Oghenekaro Etebo completed his move to the Lions on loan from Stoke City.

Last season’s runners-up Trabzonspor are seeking to win the league trophy this season to end a nearly 40-year title drought.

Besiktas mainly targeted some of their former players along with Super Lig signings from other Turkish clubs.

Gokhan Tore and Vincent Aboubakar were former Besiktas players who rejoined the Istanbul club to fight for the title.

Taliban with weapons or in military uniform barred from parks in...

US continues to pardon war criminals in Iraq, Afghanistan