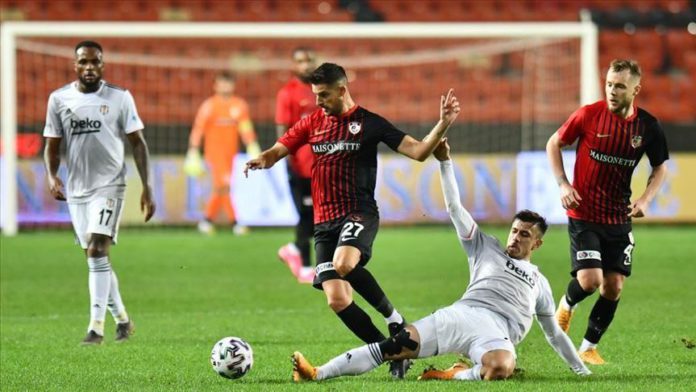 Gaziantep FK defeated Besiktas 3-1 at home to seal their second win in the Turkish Super Lig this season on Friday.

Kevin Mirallas scored an opener for Gaziantep in the first half at Kalyon Stadium.

Besiktas were reduced to 10 men after goalkeeper Ersin Destanoglu received a red in the second half but the away team equalized the game through a goal from Cyle Larin.

Gaziantep’s Muhammet Demir had a quick response to give a 2-1 lead three minutes after Larin’s goal.

Kenan Ozer doubled the lead in the stoppage time and the match ended 3-1.

Having secured a second win in the league, Gaziantep FK increased their points to 11 in eight matches.