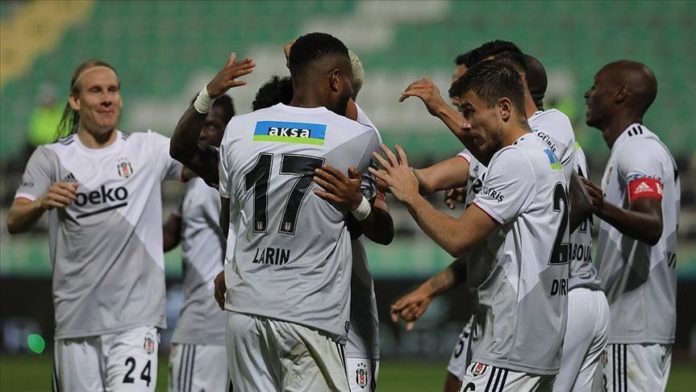 Black Eagles made a great start to the game in Denizli as Atiba Hutchinson scored the opener in the 13th minute.

Vincent Aboubakar doubled the lead in the 39th minute and the half time ended 2-0.

Cyle Larin made the score 3-0 for Besiktas in the 48th minute.

The away team went down to 10 men after Josef de Souza was shown a red card in the 67th minute.

Muris Mesanovic and Hadi Sacko’s goals gave Denizlispor hope for a comeback but the match ended 3-2.

Besiktas gained their second match in the league while they collected 7 points in 5 games.

Denizlispor have 5 points in 6 matches.