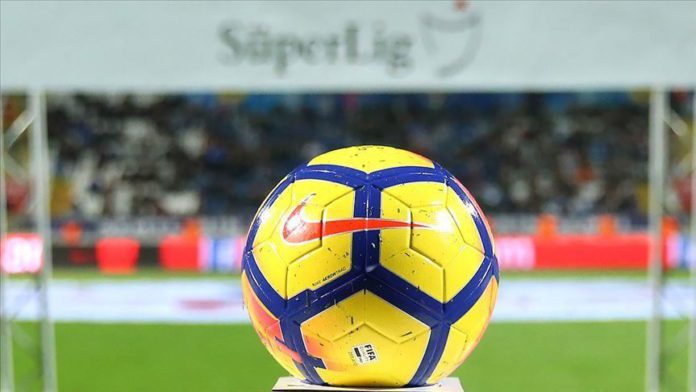 Turkey’s top-tier football division, Super Lig, will kick off Friday with games in empty stadiums in light of the coronavirus pandemic.

This season, the Turkish Super Lig will have 21 clubs and four teams will be relegated from the league.

Hatayspor won the TFF First Lig and B.B. Erzurumspor, who finished in second spot, qualified for the Super Lig.

Karagumruk moved into the top division after defeating Adana Demirspor 6-5 in a penalty shootout after a 1-1 draw in the playoff final.

The Black-Reds will be the sixth Istanbul team to be in the top-tier division with Fenerbahce, Galatasaray, Besiktas, Medipol Basaksehir and Kasimpasa.

There are two teams from Ankara, MKE Ankaragucu and Genclerbirligi, and also two sides from Antalya city: Fraport TAV Antalyaspor and Alanyaspor.

Galatasaray vs. Fenerbahce in Week 3

The third week will see the first derby between fierce rivals as Galatasaray will meet Fenerbahce at the Turk Telekom Arena.

Fenerbahce and Besiktas, another much anticipated derby of the league, will be played at Fenerbahce’s home ground, Ulker Stadium, in the 10th week.

The first half’s last derby will be held between Besiktas and Galatasaray at the Vodafone Arena in the 19th Week.

In addition to derby games, Trabzonspor will meet Besiktas on Sunday in one of the first big games of the season.

The club’s Turkish head coach Okan Buruk became the fifth person to win the league title in the history of the league as both football player and coach.

Hamza Hamzaoglu, Ertugrul Saglam, Aykut Kocaman and Senol Gunes had won the league title as both player and manager.

Galatasaray has been one of the most successful clubs in the Super Lig. The Lions claimed the title for the 22nd time in 62 seasons, followed by Fenerbahce, (19), Besiktas (13), Trabzonspor (6), Bursaspor, (1) and Medipol Basaksehir (1).

Under the helm of Ertugrul Saglam, Bursaspor clinched the Lig title once in the 2009-2010 campaign.

Fenerbahce has yet to win a domestic title since the 2013-14 season.

Ersun Yanal led the Yellow Canaries to a league title three weeks before the season finished in 2014.

The Istanbul side managed to win just four titles in the last eight seasons: the Turkish league title in 2014, the Turkish Cup in 2012 and 2013 and the Turkish Super Cup in 2014.

VAR to be used in matches

The Video Assistant Referee system, known as VAR, will be utilized in the 2020-21 season. VAR will be used in a number of specific cases: goals, penalties, direct red cards and yellow cards and mistaken identity.

In addition, the Summer Transfer Window, which started on Aug. 4, will end on Oct. 5.

Week 1 fixtures of the Super Lig are as follows: