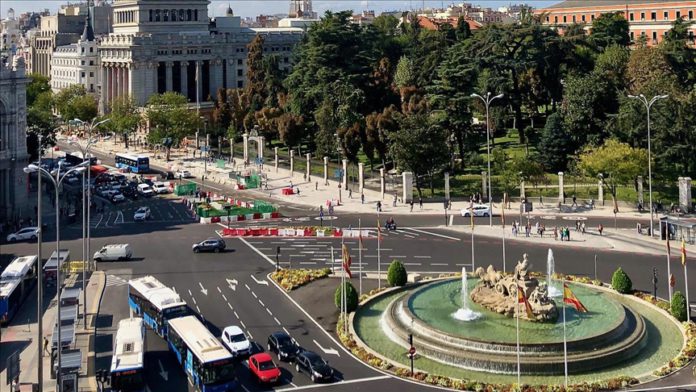 Much of Spain is gripped by a rare heat advisory going into the weekend, with temperatures forecast to come in hotter than ever before for May in 15 provincial capitals.

“This is an extremely rare intense episode of heat,” Ruben del Campo, spokesperson for Spain’s meteorological agency AEMET, told Spanish broadcaster Cadena Ser. “It is one of the strongest hot weather events for May that we have seen in at least the last 20 years.”

On Friday, temperatures are forecast to surge above 40 degrees Celsius (104 degrees Fahrenheit) in large swathes of Andalusia. From Friday and through the weekend, much of Spain will be dealing with highs above 35 degrees Celsius.

The meteorological agency Meterored says temperatures are forecast to break May heat records in cities including Madrid, Salamanca, Toledo, Soria, and Zaragoza.

Nights will offer little respite for many, according to AEMET, not dropping below 20 degrees Celsius in the southwest of the country.

“It will be too hot for a good sleep unless you have good ventilation or an air conditioner, which is quite unheard of for May,” explained del Campo.

The meteorologist also said spring weather is starting an average of one month earlier today than it was in the 1980s.

“This year, it was like we had spring in January and February with abnormally hot weather, then it was cold and rained in March and April and now we have passed from snow to pure summer,” he said.

According to the latest report by the United Nations Intergovernmental Panel on Climate Change, it is virtually certain that increases in the frequency and magnitude of warm daily temperature extremes will occur through the 21st century on the global scale due to climate change.