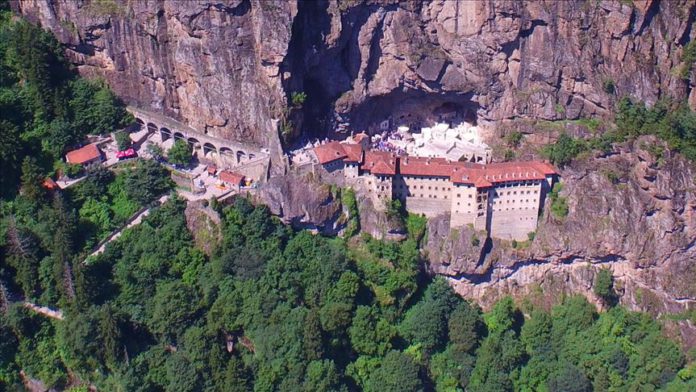 The ancient Sumela Monastery in northeastern Turkey is ready to open its doors this Saturday to hold mass for the seventh time since resuming religious services after a pause of 88 years.

Overlooking a lush valley near the Black Sea coast, the monastery was reopened in 2010 for Christian Orthodox services to be held once a year.

However, mass could not be held for the past four years due to ongoing restoration works.

All preparations for this year’s service on Saturday, Aug. 15, when many Christians celebrate the Assumption of Mary, have been completed.

Local officials have completed measures to ensure security and cover the health, accommodation and transportation needs of mass-goers.

Gendarmerie forces will patrol the monastery, while other officials will be present to facilitate attendance.

Service, which was led by Fener Greek Patriarch Bartholomew I in previous years, will on Saturday be headed by officials from the Patriarchate.

This year, 46 people are expected to attend mass due to restrictions meant to curb the novel coronavirus outbreak.

The mass will be held from 9.00 a.m. until noon (0600-0900GMT) and no other visitors will be admitted into the premises for two hours after its conclusion.

Due to the risk of falling rocks in the monastery carved into the Pontic Mountains over 1,600 years ago, the site was closed down to visitors in September 2015.

The first phase of environmental planning, as well as fortification efforts and geological and geotechnical research, were conducted on the surrounding rocks, with one part of the monastery, including its yard, opened to visits in May 2019.

After completing the second phase of restoration, 65% of the monastery was opened on July 28, 2020, in a ceremony attended by President Recep Tayyip Erdogan via teleconference, and by Culture and Tourism Minister Mehmet Nuri Ersoy on-site.

“On Aug. 15, our Orthodox citizens will be able to perform the [Litany of the Blessed] Virgin Mary religious service, which was suspended during the restoration period at the Sumela Monastery,” said President Erdogan in the opening ceremony.

Following this, Bartholomew expressed in a phone call his gratitude to Erdogan for his support and interest in the restoration of the Sumela Monastery, which is also on the UNESCO World Heritage Temporary List.

Sumela Monastery, located 300 meters (985 feet) above the forests that cover Altindere Valley in the northeastern province of Trabzon, is known locally as “Meryem Ana” (Virgin Mary).

Most parts of the monastery were renovated in the 18th century and some walls were adorned with frescoes. The addition of large buildings in the 19th century brought the structure to its contemporary form and experienced the richest era of its history.

A large aqueduct, which had been used for water distribution, can be seen at the entrance of the monastery leaning on the cliffside.

By the entrance are guard rooms, from which one can descend via stairs into the inner yard.

The church sits in front of a vast cavern in the side of Mount Karadag, which also houses various other monastery buildings.

Frescoes in the chapel date back to the beginning of the 18th century with three layers constructed in three different eras. The lowest-layer frescoes are the highest quality.

The frescoes, some of which were removed over time and have been damaged, depict biblical scenes from the lives of Jesus and the Virgin Mary. 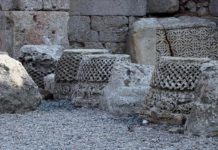 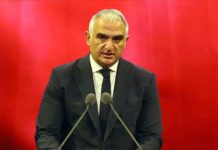 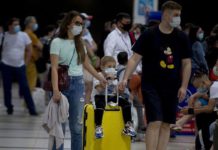