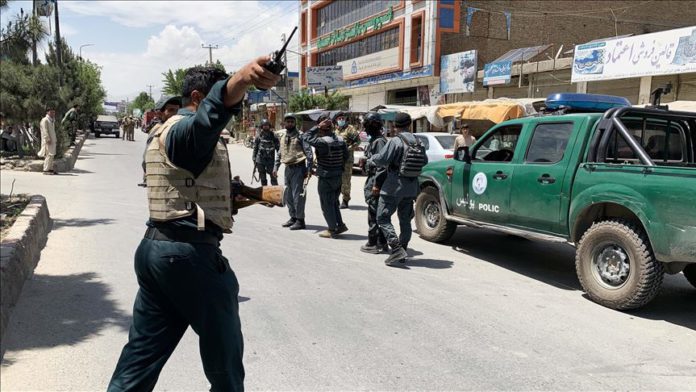 Spokesman for the country’s Interior Ministry Tariq Aryan said in a statement the attack took place near the military courts in Gardez city, the capital of southeastern Paktia province located at a distance of 128 kilometers (79.5 miles) from the country’s capital Kabul.

He said scores of civilians were killed in the blast at this spot frequented by many locals.

“This attack is carried out by the Haqqani Network and Lashkar-e-Taiba. The attack is in connection with the string of attacks in Kabul’s Dasht-e-Barchi and Nangarhar,” he said.

Earlier this week, over 50 people, including babies and women, were killed in Daesh/ISIS-claimed armed assault on a hospital in Kabul and a suicide attack claimed by the same group in eastern Nangarhar province.

* This is a developing story.