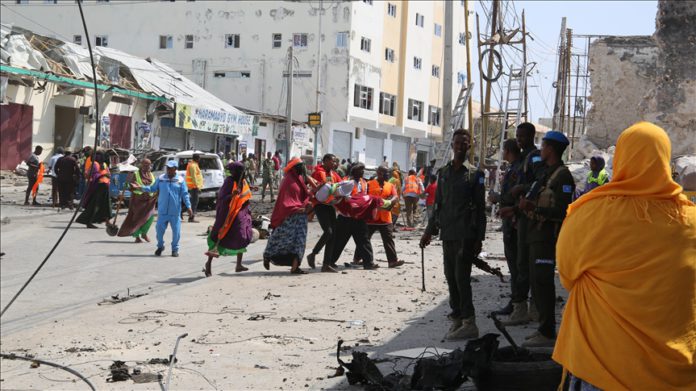 MOGADISHU, Somalia (AA) – A suicide bomber blew himself up at a busy coffee shop in the Somali capital Mogadishu on Friday evening, an official said.

The attack took place at the Juba intersection not too far away from Somalia’s national intelligence and security agency headquarters in Mogadishu.

A police officer told Anadolu Agency over the phone that a man wearing a suicide vest was involved in the attack that targeted a busy coffee shop.

“It was a rush hour when the suicide bomber blew himself up and a lot of people were inside the restaurant,” a police officer told Anadolu Agency.

He added that there are multiple casualties but he has not confirmed any numbers.

“I’m hearing that at least six people were killed dozen others wounded but can’t confirm it,” the police officer noted.

Meanwhile, local media has reported at least eight fatalities due to the attack.

No group has yet claimed responsibility for the attack but Somali-based al-Qaeda affiliated group al-Shabaab has been behind recent attacks in the Horn of African country targeting military, government officials, and African Union peacekeeping mission forces in Somalia.