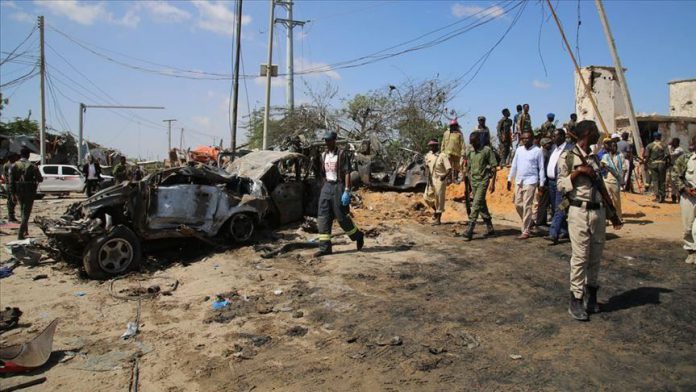 Almost 80 people, including two Turkish nationals, were killed and many more wounded in a suicide truck bomb attack on a security checkpoint in the Somali capital Mogadishu on Saturday, said Turkey’s envoy to the country.

Speaking to Anadolu Agency, Ambassador Mehmet Yilmaz said: “36 wounded are being treated in our Recep Tayyip Erdogan Hospital, and nine injured are in surgery. According to information we have, almost 80 people were killed in the attack.”

“We’re worried that the number of dead in the explosion will exceed 100,” he added.

The 200-bed hospital, named after Turkey’s president, was built by the state-run Turkish Cooperation and Coordination Agency (TIKA) and inaugurated in 2015, is run by Turkey’s Health Ministry and over half funded by Turkey.