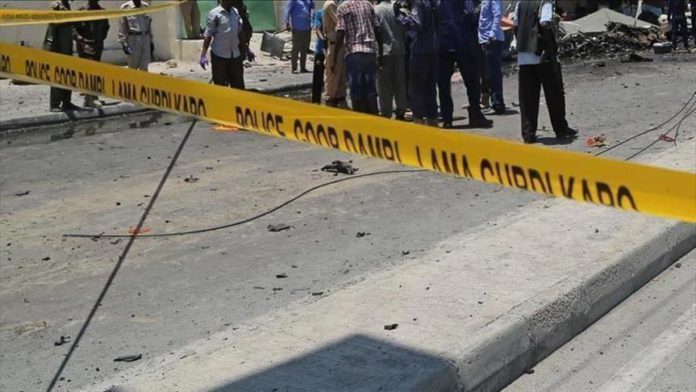 At least five people, including two soldiers, were killed and more than 5 others wounded when a suicide bomber targeted a busy restaurant outside Somali police headquarters in the capital Mogadishu on Tuesday, officials said.

Abdifatah Hassan, a Somali official in Mogadishu, told Anadolu Agency by phone the attack occurred near heavily-guarded General Kaahiye police academy in Hamarjajab neighborhood. The injured were rushed to hospitals.

Ismail Mukhtar Oronjo, a government spokesman, has confirmed the attack.

The attack comes hours after Somali military said it had captured three senior al-Shabaab commanders in a military operation in Somalia’s central province of Hiraan on Tuesday.af