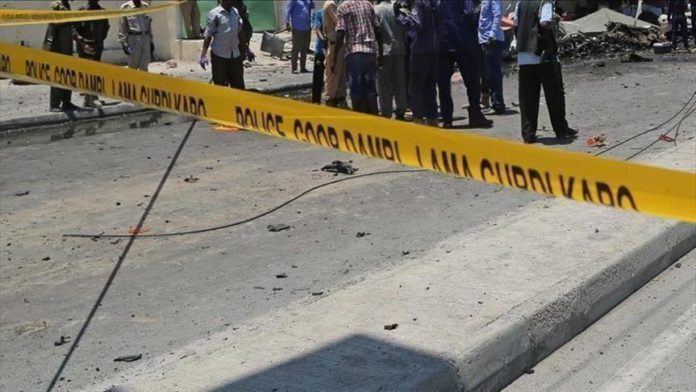 The attack took place in the village of Lafole, 22 kilometers (13 miles) southwest of Mogadishu.

Mohamed Hassan, a police official in the nearby town of Afgoye in Lower Shabelle region, told Anadolu Agency by phone that a suicide bomber blew up near the construction site in Lafole.

“The attack caused by a suicide bomber targeted Afgoye Mogadishu highway construction workers,” Hassan said, adding the wounded were rushed to the Recep Tayyip Erdogan Hospital in Mogadishu for treatment.

Writing on Twitter, Turkish Health Minister Fahrettin Koca said: “The number of our citizens killed in the terror attack has risen to 2. The treatment for the 14 wounded — 3 out of them Turkish — is ongoing at Mogadishu Recep Tayyip Erdogan Hospital.”

Stating that the wounded Turkish people are not in critical condition, Koca strongly condemned the attack.

The construction project is funded by the Qatari government and implemented by a Turkish company.