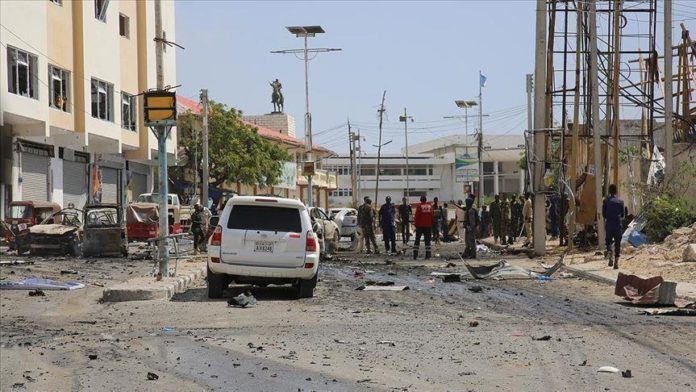 At least seven people in Somalia were killed and several others wounded as a suicide attack targeted a busy restaurant in the country’s capital on Friday evening, a police official said.

The attack took place near Mogadishu airport at a popular restaurant frequently visited by government and security officials.

According to medical sources, at least 10 people were also wounded in the attack and were rushed to hospitals for treatment.

Ismail Mukhtar Oronjo, a Somali government spokesman, told Anadolu Agency that it was a suicide attack and the bomber blew himself up inside the restaurant.

Security officials rushed to the scene and put the security cordon.

No group has yet claimed responsibility for the attack but Somali-based al-Qaeda affiliated terrorist group al-Shabaab has claimed recent attacks in Somalia.​​​​​​​