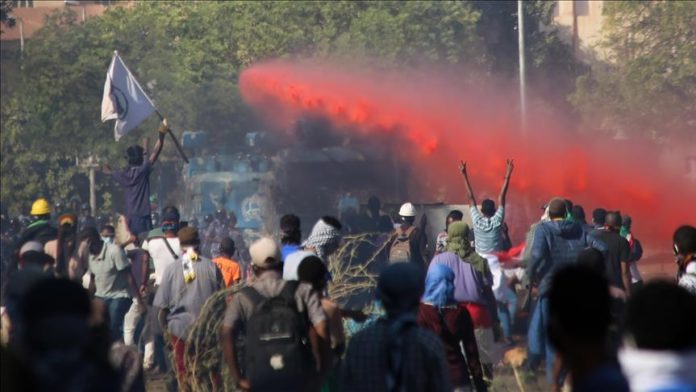 Demonstrators burned tires and erected barricades in main roads in the cities of Bahri and Omdurman in protest of security crackdown on protests, according to an Anadolu Agency reporter at the scene.

Three protesters were killed on Monday and dozens injured during protests demanding full civilian rule in Sudan, according to local medics.
Meanwhile, the US Embassy in Khartoum warned its nationals to avoid crowds and demonstrations.

“Security forces may close bridges. Unannounced protests and acts of civil disobedience may continue to take place in the coming weeks,” the embassy said in a statement.

There was no comment from the Sudanese authorities on the report.

Sudan has been in turmoil since Oct. 25, 2021, when the military dismissed Prime Minister Abdalla Hamdok’s transitional government and declared a state of emergency.

Former CAR president’s home burned down ahead of polls