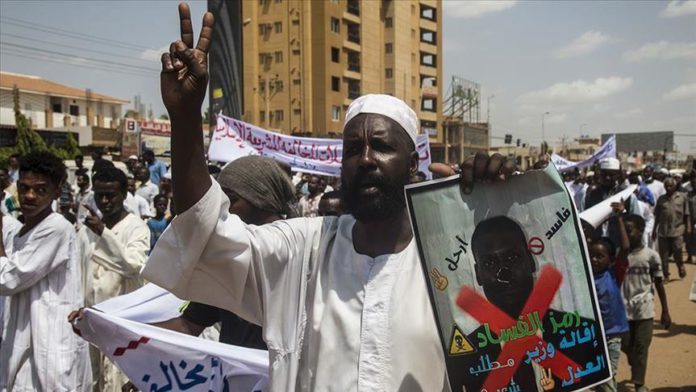 Thousands of Sudanese Islamic groups and supporters of ousted president Omer Al-Bashir staged a protest on Friday in the capital Khartoum against a new set of laws that have scrapped various Islamic laws.

The anti-government protests, which erupted from numerous mosques following Friday prayers, accused the government of apostasy and urged people to bring down the administration of Prime Minister Abdallah Hamdok.

The Sudanese government last week passed a number of laws that repealed various Islamic legal restrictions introduced while Bashir was in power, including the outlaw of apostasy and restrictions on women’s dress. The new legislation also prohibited Female Genital Mutilation and allowed the consumption of alcohol for non-Muslims and for mothers to travel with their children without the permission of the father.

Ahmed Brair, 23, told Anadolu Agency that he joined the demonstrations to stop what he describes as the “apostasy government.”

“We’re ready for jihad to defend Islam,” Ahmed said as he chanted “Nasur Aldin is an enemy of Allah” referring to the minister of justice who spearheaded the new laws.

“We’re women but we don’t like these new laws that seek to convert us into a western community. We’re Sudanese and Muslim and we want to remain as we believe,” Asmaa Ali, another protestor, told Anadolu Agency.

Sudan has been ruled by Sharia law designed by the al-Bashir regime.

One of detained Anadolu Agency staffers in Egypt released